You Are Here: Network in Research and Industry

Network in Research and Industry 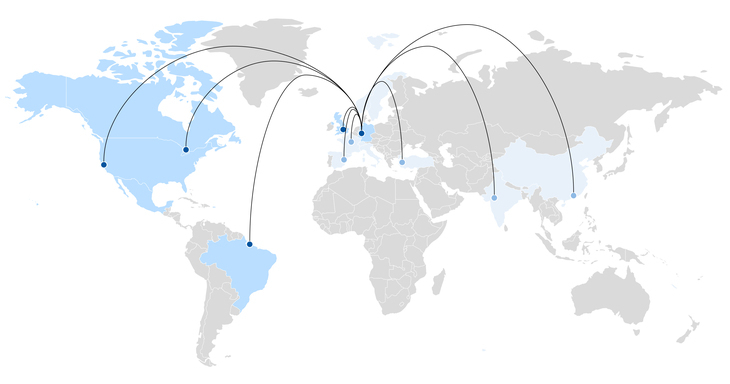 The chair "Production Engineering of E-Mobility Components" (PEM) of RWTH Aachen University operates in a strong network with numerous partners from research and industry at national and international level. Through globally active collaborations and consistent contacts that extend beyond them, PEM's researchers are able to continuously develop all of their disciplines – the electric motor, the battery, the fuel cell, truck electrification, and micromobility.

In many different projects on specific issues of electric vehicle production, PEM collaborates with institutes of different disciplines throughout Germany. In addition, PEM maintains higher-level collaborations with other universities and scientific institutions on a national level – for example, with the Fraunhofer Research Institution for Battery Cell Production FFB in Münster, Germany – and internationally, for example, with the Tecnológico de Monterrey in Mexico and the Escola Politécnica da Universidade de São Paulo in Brazil.

In the field of industrial cooperation, PEM is in exchange with numerous companies – on a national level, for example, with Henkel as adhesive experts in the field of electric mobility, with "Daimler Truck" as a commercial vehicle manufacturer or with Marelli as an electric motor producer – as well as internationally, with partners such as the UK Battery Industrialisation Centre (UKBIC) in Great Britain, with "PEM Motion USA" in Sacramento, California, and "PEM Motion Mexico" in San Luis Potosí as well as Monterrey and with "Automobility Enterprises" in Ontario, Canada.

"Best practice" in all disciplines

In the field of batteries, PEM supports "Daimler Truck" in setting up a complete "InnoLab Battery"; with Henkel, the RWTH institution is active in the fields of battery testing and recycling, among others; with LKQ Europe, a joint study on battery circular economy has been produced; and together with the company Roland Berger, the Battery Monitor has been launched, for example. Meanwhile, first works such as the brochure "Recycling of Lithium-Ion Batteries" and the "Battery Atlas" were published with the VDMA specialist association "Battery Production". With Marelli as well as with the "Ford Research And Innovation Center Aachen", PEM researchers are devoting themselves to aspects in the field of electric motors, while in collaboration with the VDMA working group "Fuel Cells", the Aachen-based company "AE Driven Solutions" and the DEVK subsidiary "HyLane" the focus lies on hydrogen technology. Together with the Aachen-based partner "Velocity", PEM is also developing micromobility solutions such as a robot for flexible automatic charging of electric vehicles. 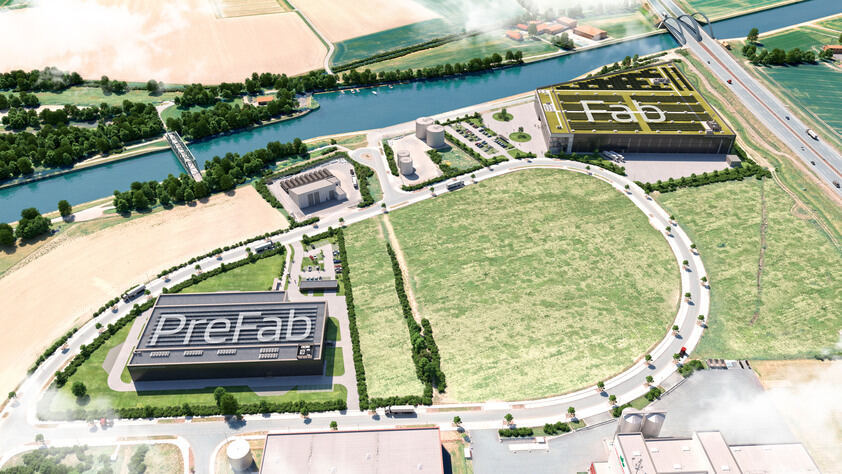 Since the earliest stage of Fraunhofer research institution FFB, PEM has been involved in the implementation of the FoFeBat research project in the form of strategy and technology development as well as building and production planning. In parallel, PEM provides support in communication with current and future industrial partners. The innovative concept of the Fraunhofer FFB is reflected in the novel collaboration of its numerous partners. In this context, 14 Fraunhofer institutes are cooperating with the PEM chair of RWTH, with the Münster Electrochemical Energy Technology (MEET) of the Westphalian Wilhelms University of Münster, and with the Forschungszentrum Jülich. The contents of the partnership include the planning of future testing and production lines as well as the cell formats to be developed.

A prime example of PEM networking even far beyond national borders is the UK Battery Industrialisation Centre in Coventry where the PEM team assisted in the early planning phase and helped design the facilities and buildings for the 150 million euros project. Close ties to the facility also exist through former PEM employees who now work at UKBIC, which – from mixing to formation and end-of-line testing – is home to a complete cell production facility, including module and pack manufacturing, with its own laboratory. The unique facility provides the missing link between battery technology, which has proved promising at laboratory or prototype scale, and successful mass production. The publicly-funded battery product development facility welcomes manufacturers, entrepreneurs, researchers and educators, and is a key part of the Faraday Battery Challenge (FBC), a UK government program to accelerate the development of cost-effective, high-performance, durable, safe, low-weight and recyclable batteries.

PEM is always open to new ideas and partnerships. An exchange with the RWTH chair is therefore always welcome.