The chair "Production Engineering of E-Mobility Components" (PEM) of RWTH Aachen University is working on the establishment of a fuel cell production within the framework of a hydrogen-based value chain in North Rhine-Westphalia together with partners from research and industry in the project "H2Revier". PEM is responsible for the development of a scalable production of fuel cell systems, taking into account and integrating the testing processes. The objectives of the project, which is funded by the German government, are the establishment of fuel cell system production at the vehicle parts supplier Neapco in Düren and the development, construction, and commissioning of an end-of-line system test bench.

In order to enable companies located in North Rhine-Westphalia to produce fuel cell systems, the project focuses on the assembly of stack and peripheral components as a "balance-of-plant" to the functional fuel cell system. The aim is to develop, commission and validate a scalable system suitable for series production. This also requires a holistic view of the test scopes in system assembly and stack production, which are therefore also part of the research project. The collaboration is intended to impart exemplary knowledge of the fuel cell and hydrogen infrastructure to companies in the region in order to enable the companies to participate in the hydrogen value chain. In addition, the costs of fuel cell production are to be reduced through an efficient manufacturing process with streamlined testing scopes.

To this day, the comparatively high cost of fuel cell systems has been one of the biggest obstacles to their widespread production and use. The high financial outlay is largely due to the current production technology: system assembly is a manual process and is hardly standardized. In addition, quality control along the value chain is almost not synchronized. Each actor goes through its own protocols, and tests are hardly coordinated. This results in numerous tests being completed multiple times, which is why the need for standardized and reduced test procedures is extremely high.

PEM as the project's consortium leader is involved in all work packages of "H2Revier". First, the assembly process will be analyzed and various production scenarios will be developed. At the same time, the partners will identify the requirements for the necessary system tests and design initial protocols as well as different scaling scenarios. The concepts for production, testing, and scaling will then be transferred to the planning of an industrialized production line, including layout planning and optimization. An economic feasibility study will also be carried out for this production line. In order to coordinate the system tests, the interfaces to the stack production and testing will also be analyzed with regard to the requirements. Based on the results, the assembly line will be set up in the further course of the project and the first demonstrators of the fuel cell systems under consideration will be produced. Finally, the protocol will be validated on the systems produced on the end-of-line test bench procured specifically for the project.

Further information is provided in this press release. 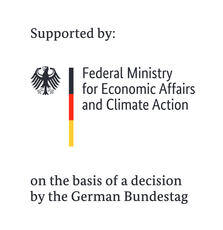